What is Narrowband IoT?

Narrowband IoT (NB-IoT) is a super-advanced wireless technology standard released of the 3GPP cellular technology standard that meets the IoT’s LPWAN (Low Power Wide Area Network) specifications. It has been listed as a 5G technology, with the 3GPP standardizing. It is quickly establishing itself as the best LPWAN technology for a variety of modern IoT products, such as parking system, transportation, wearable devices, and engineering solutions. NB-IoT significantly increases network performance, allowing for the support of a large number of new connections by only utilizing a small part of the potential spectrum. As a result of this performance, power consumption is reduced, allowing for a battery capacity of more than ten years. NB-IoT also enters underground and into confined areas, and provides indoor coverage.

The main characteristics of narrowband IoT are mentioned below.

High expectations for a narrowband revolution.

There are lots of different Internet of Things technologies available right now. Their heterogeneity requires a network selection that is largely inconclusive. LTE or the 5G wireless networking standard is best for machine-to-machine (M2M) connectivity, such as remote system control. LAN or Wi-Fi links are appropriate for short-range networks, like computer networks or accessing smart devices at home. NB-IoT is a relatively new but rapidly growing radio technology standard developed specifically for Internet of Things applications. It is intended to cover use cases that involve only transmitting small amounts of data over long distances. It is expected to lead IoT connection development, particularly in areas where long battery life, low cost, and improved indoor performance are essential. Narrowband IoT, which uses a variant of the LTE norm, supports a wide range of links per base station and has broad indoor coverage.

NB-IoT is ideal for applications that need only a small amount of bandwidth, such as smart traffic systems, smart meters, and waste management. Indeed, NB-IoT allows the deployment of Internet of Things applications in areas where they were previously unavailable due to technological constraints and low cost-effectiveness.

The benefits of Narrowband.

NB-IoT consume less power. An analogue-to-digital and digital-to-analog converter, buffering, and channel capacity are all simplified with a 200 kHz. NB-IoT chips are easier to manufacture and therefore these are less expensive.

Through deploying NB-IoT on a licensed spectrum, users would benefit from increased efficiency and consistency as well as the assured allocation of resources needed for controlled Quality of Service (QoS).

NB-IoT has better connections than LTE-M1. NB-IoT does not need gateways to establish connectivity. NB-IoT has the power to directly attach sensors and devices to the base station, rather than creating another piece of machinery you need to handle and operate. This would increase versatility while also reducing prices.

NB-IoT systems can be used in a wide range of service types. 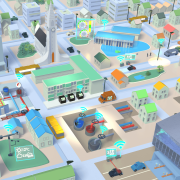 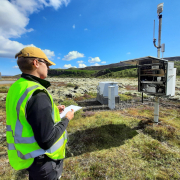